Things we want to try in our rock cakes:

What else would you add to a rock cake?

So we went through this many hour process of culling a block schedule - we made lists, priorities, schedules and the like. We scribbled a lot. We wrote down our goals, simplified them and wrote them down again. In their most basic forms (believe me, you don't want to see how specific we got), we'd like to accomplish the following by the end of the month:

Figure out knots for camp

Make a lot of cordage

Cook in all basic preparations on the fire (roasting, grilling, etc)

Age tracks/soil/leaves through wisdom of the marks

For about an hour after taking a shower (every 4 or 5 days) I feel exceptionally clean - I can even brush my hair! But it's sort of like a new toy - you want to get one small nick or scratch or tear so you can relax and stop being so careful. Well, inevitably something happens - dusty feet, some errant clothing stain, a smudge on your nose or dirty elbows and everything feels right again.

"I'm trained to do that for pain purposes."

So where did we go eh? We had to go to the east coast for the weekend to wish my godmother a speedy recovery.

In our paranoia, we didn't want to update this blog for fear someone would find us out. See, we learned through a friend we met at Tracker school that if you don't have a proper front door, people won't come a knocking, they'll just come on in and make themselves at home. Tu casa es su casa. Our friend Jonathan actually lived in Forest Park (in Portland) in a dugout (his chimney was an old stump) for a year in college. People would walk right on top of his home and not notice it. Then he moved on to the work/trade farmer circuit and lived in a teepee complete with bearskin rugs. But his best piece of advice was that there are no rules of ownership in the woods. In fact when ... View Post »

We are both having campsite fever. Enough of this tending to home business already, let's get to tracking some deer and making fire with two sticks and learning about knots and bark and identifying edibles!

OH: Monkey, I'm in the "kitchen." How is it that someone in the "bathroom" is getting soapy water on my arm?

GalleryRoad Trippin' from park to park 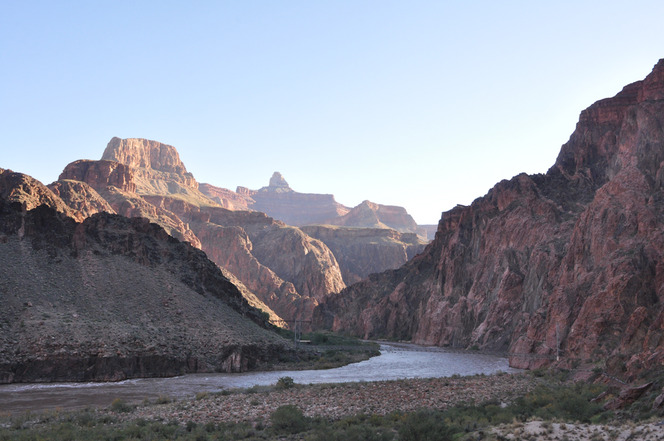 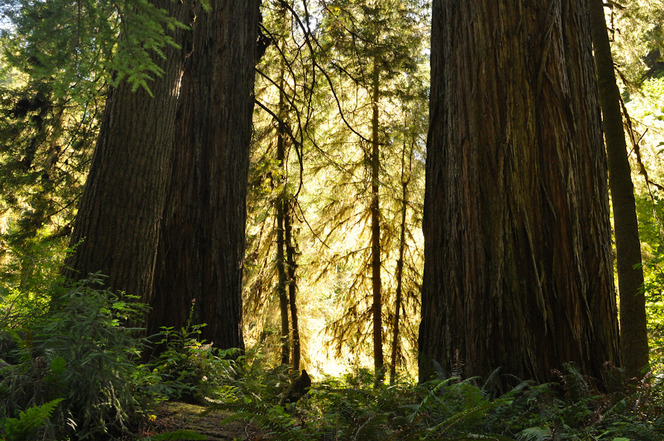