Among people who follow the old life-ways without change, attachment to inherited patterns is stronger than we, impatient for variety, can realize. 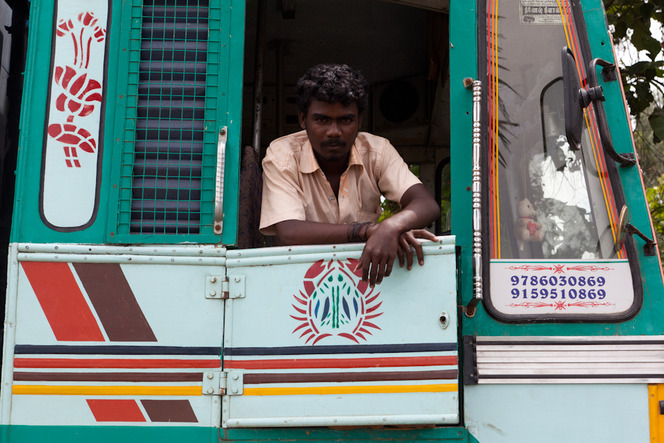 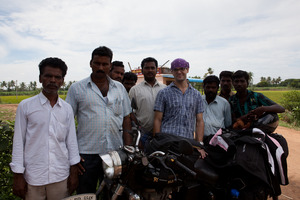 All signs in the small city of Thanjavur lead to the "Big Temple," the complex Brihadeeswara dedicated to Shiva. On day three we woke up early to visit its immense courtyard before the crowds had assembled. The mandir is a beautiful, golden example of Chola architecture dating back some 1,000 years. It has that dramatic pyramidic shape characteristic of Tamilian temples but without the splash of ... View Essay » 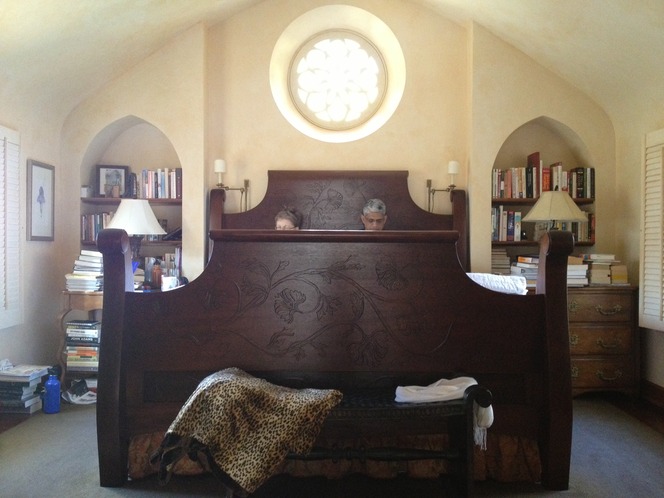 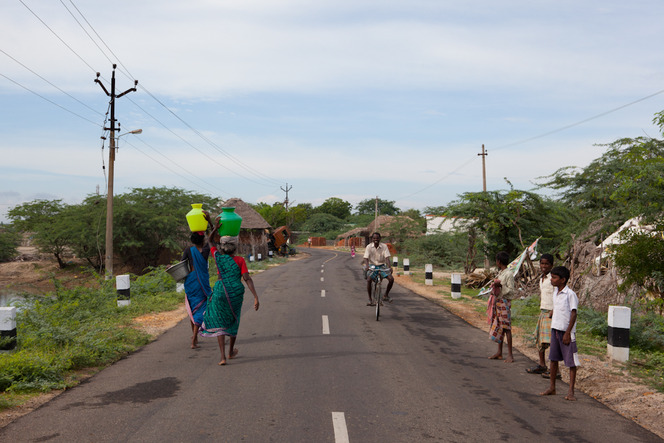 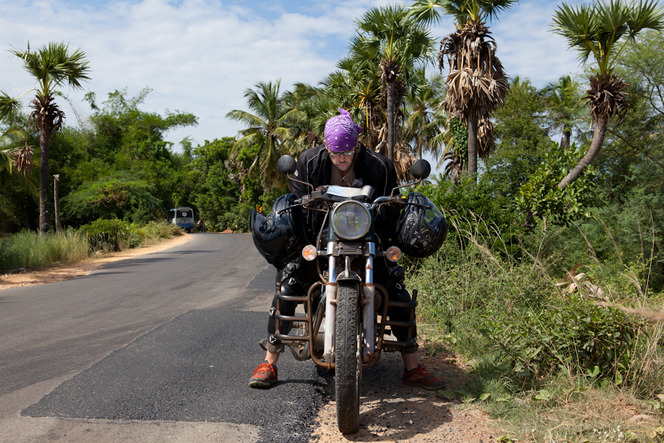 The official start of our road trip we consider the morning of October 13, when we woke up in Auroville, got on the bike by 9am and really "hit the road." We were in sweltering traffic for an hour, then traveled along the breezy East Coast Road to the small city of Kairakal. The road meandered through small temple towns and villages built primarily of thatching. We followed the endless grids of rice paddies, few of them cultivating. But here and there would be a square patch of vibrant green in a expanse of overturned dirt. We met the people and conversed in the language of smiles and waves. Mostly, we felt foreign, like black Martians being propelled through these lands of rice and palm. Take a look. View Gallery »

As I've mentioned before, one of the most powerful things meditation has given me is distance from my emotions. It allows me to step back and look at them. I find them curious, sometimes. Sometimes, like with anger, I notice how powerful they can be. At other times I notice what a lunatic I must look like! (I'm a far way off from not passing judgement on myself.) It doesn't mean I don't get angry or sad or frustrated or overwhelmingly happy as often, it just means I can step away a bit from these feelings, know they're happening and observe them. It's also a way of observing how clear my actions are, based on whether or not my judgement has been clouded by anger, fear, desire, etc. Meditation also clears out all the excess baggage and stress, without which I would certainly be depleting my ... View Essay »