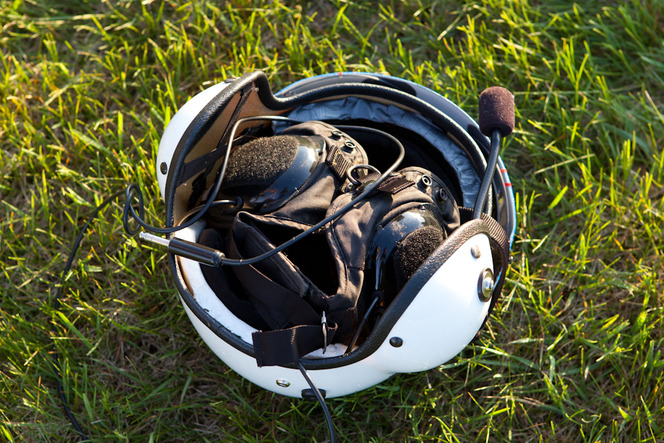 We all climbed into the car early Friday morning from Dighton, Mass. Three hours later we arrived in the western White Mountains of New Hampshire. We joked they looked like hills in comparison to the Himalayas of just a few weeks ago. But their stunning green, gentle slopes are something Matt and I were aching for after spending all that dusty time in pre-monsoon India. We packed up our picnic and set out on a four hour hike up two balds. We followed a stream slowly uphill through shady striped maple and oak groves, which gave way to the most beautiful yellow birch forests and in turn opened up to the faces of those salt-and-pepper granite balds, encircled by pines. We lunched on a sloping peak before making our way to its sister peak and returning in an arc back to our car. The glow of the birch leaves and their soft shadows over the path was exceptionally beautiful, even for this New Englander. From there we headed over to the Polar Caves, just outside of Plymouth. We scrambled and ducked and groped our way through "Lemon Squeeze" and "Orange Crush" and "Devil's Turnpike." The caves were formed by granite boulders that fell ages ago and situated themselves just so, creating little enclaves that can insulate ice even in August. As we entered each cave on the winding stairway tour, the temp dropped what felt like 20 degrees, causing steamy breath and shivery goosebumps.

Now we come to the kicker in our mystery ride. Outside the Polar Caves, Matt gave a call to a Carroll, and asked if we could just show up. Then he popped the secret locale into the nav. He turned, smirking, and said to both of us, "Promise me you'll do it." To which his Mama responded, "I'm not bungee jumping." Another smirk. "You can guess what we're doing, but I'm only saying yes or no." So we tried. Skydiving? Nope. Something with ladders or ziplines? Unuh. One of those airplanes with the double wings? Are we going to have to STAND ON THEM a la Karl Pilkington? Not quite.

We pulled up by a tiny airport and gave a little shriek over seeing the prop planes all in a row. But it wasn't planes we were after. We got out and approached a guy, named Carroll, working on a contraption outside a large trailer: a powered parachute.

I stood there, excited and bewildered. Matt was still smirking as Carroll took us through the specifics in his friendly instructor-speak, at slightly elevated volume, maybe from all those years of talking against propeller noise. "This is an Ultralight powered parachute. The parachute acts as a wing, following Bernoulli's law of flight. It's got a 400cc 2-stroke engine... redundant carburetor and spark plugs.... I customized it with a hand brake and have swapped in shocks instead of struts.... I separated the radiator from the engine. I also added a double-sized fuel tank, enough for 4 hours of flight... This one is set for instruction, see... it has throttles for both the pilot and passenger seat. And I added on these comfy foot pads for the passenger, see here? So, who's coming up with me?" All three hands were raised.

Carroll runs a school called Chutes Up out of the airport, but was kind enough to take us on as enthusiastic passengers. First, though, he wanted to wait for the wind to die down. The powered parachutes are fair weather only vehicles. So we sat in the grass and watched Carroll work. We learned he had been a fireman - here's a man you want to go up in a lightweight vehicle with! Then "Farmer Rob from Vermont" showed up and offered to take one of us while Carroll took the other two (one at a time, of course). That someone was me. So as the sun was reaching the White Mountains in this little grassy strip in NH, we readied for takeoff. Mama Arruda gamely and bravely offered to go first! Before I had a chance to turn around she was soaring high above me, and returned with a huge grin on her face.

As we wheeled his 912 Airwolf out of his trailer, Farmer Rob told me he used to pilot hot air balloons. When he moved to Vermont he was looking for something he could fly "out of my backyard," and the powered parachute was just the ticket. We laid the parachute on the ground behind the vehicle, all stretched out. Then Farmer Rob warmed up the engine for five minutes (up to about 12000 RPMs) while I set my seatbelt to snug, plugged my helmet mic in, and put my sweatshirt on (it's cold up there!). Farmer Rob's strings had been crossed in a hasty pack-up the night before, so we spent a bit of time un-crissing and crossing. Before I knew - and the bugs completely devoured us - Farmer Rob and I were bouncing down the grass strip and taking off like a big -  500 lb - feather. And then up, up, up, like the best part of being in an airplane, we were floating over houses and trucks and roads and trees the size of Tonka Toys. It was open, exhilarating, literally titillating, but not scary in the slightest. I could see - the world - out there, on high, like it was the most natural thing. We made our way, following the hills, in search of Carroll and Matt. At our altitude of 1200ft, we spotted them far below us at about 190ft, almost grazing the trees. So, high and low respectively, we soared for some wonderful 20 minutes before circling around and touching down - like a feather - on the grass.

All three of us concluded that we'd like to go in together one of these days on a powered parachute; that New Hampshire was a pretty cool place and further, that Carroll was just the kind of man you could see saving people from burning buildings.

Our flight was followed up by ribs and burgers at the local Lucky Dog. Then we headed off to our cabin for the night, with a brief toasted marshmallow interlude. The following morning Matt cooked up some oatmeal and we all piled in the car again, headed "east." Along the way we stopped at every local store we could find, adding strawberry rhubarb jam, local beer, maple syrup, and maple candy to our list of New Hampshire tax-free purchases. I don't remember the last time I drove through towns that actually felt like they had some New England left in 'em. When we drove within sight of the kitschy Clark's Trading Post, Mama Arruda yelled out, "Bears!" To which Matt replied, "Where do you think we are going?" And so there we were, 10am on a Saturday, standing face-to-face with a beautiful, 400 lb black bear named Echo. And of course, interrogating the crap out of the slightly frazzled owner about the what, when, why, and how of captive bears.

And if that wouldn't complete a New England mystery ride for you, Matt secretly carted us across the Maine border and into Portland for lobster and custard ice cream. Which happened at Dry Port and Captain Sam's respectively. Portland has a wonderful port feel to it, all old beautiful brick and fresh seafood. It also has a lot of local spirit, which we really appreciated. It reminded us, maybe not surprisingly, of what we were hoping to find in Portland, Oregon.

If you're a Type A planner and have never been on a mystery ride, I highly recommend it as due therapy for your soul. Sometimes things are better when they're unexpected, dontchathink? Special thanks to Matt and Mama for letting me in on the family tradition.

Arriving back in Dighton, we'd almost forgotten about the Civil War reenactment that was going on literally at the state park next door. A few hundred people had gathered together with their local troupes, all decked out in perfect period garments, down to the stitching. While it would have been interesting to watch the actual enactment, I was really taken by just seeing everyone cooking over fires, singing, and chatting. Period garments aside, it was right in Matt's and my sweet spot. So I guess a special thanks goes out to New England, for surprising us all.