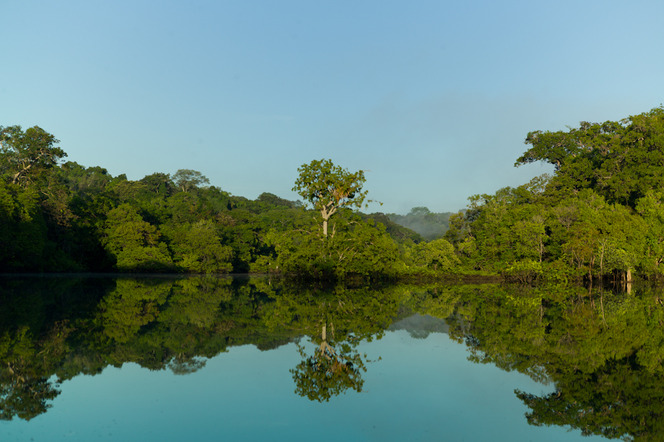 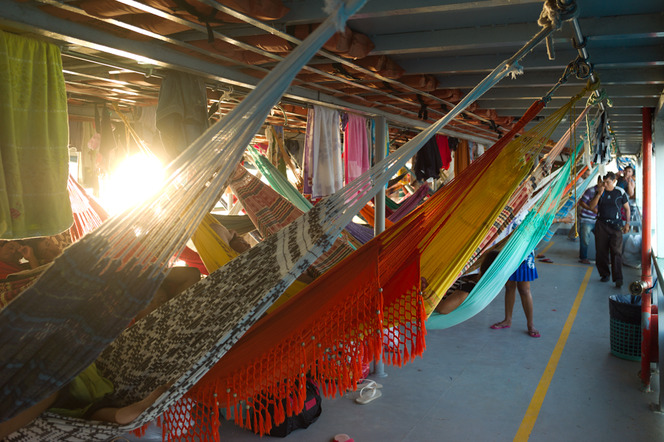 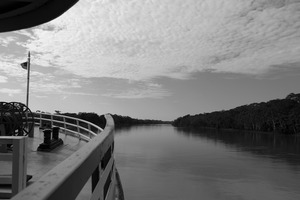 You meet a Spaniard named Guillermo and a Frenchman named Sebastien while you're all attempting to tie the correct knot to string up your hammocks. You ... View Essay »

Hello from the tri-border region

We made it to Brazil/Columbia safe and sound. We´re staying in Leticia, Columbia and tomorrow we take a slow cargo boat from Tabatinga, Brazil to Manaus. We should arrive sometime on Friday (though reports from the interwebs say it can take up to 6 days) and clue you in on all our travels across the Amazon! From what we hear there will be hammocks slung from every fixed pole and 3 levels high. It should be fun. 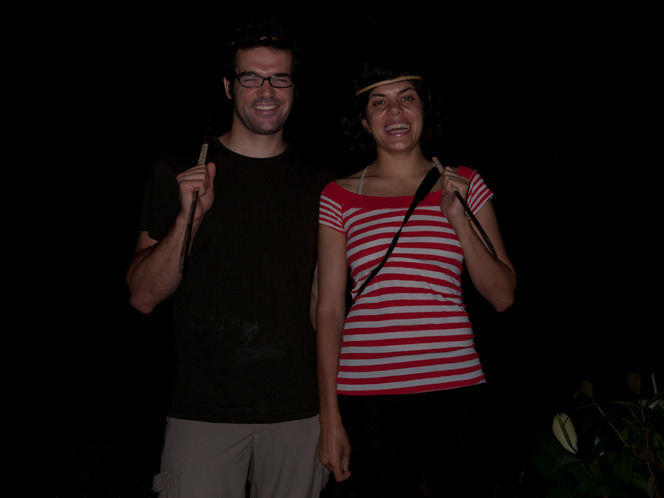 After much deliberation and planning, we're leaving Yasuní tomorrow morning at 8am and make our way across most of the Rio Amazonas from Peru to Brazil by boat! We'll be meeting up midway through in Manaus, Brazil with my mum who will take the ride with us to Belém.

While we have a tentative plan, it's probably going to be a wild ride and we'll only be marginally in control of the situation. But we're planning on flying first, Coca => Quito => Lima => Iquitos. From there, we'll take a boat to Leticia, Columbia where we'll wait through the ordeal of getting a Brazilian visa. After we've allowed them to Xerox most of the contents of our wallet and pat-down search us, we'll hopefully be on our way in a boat down the Brazilian Amazon to Manaus, where we'll meet up with my mom. 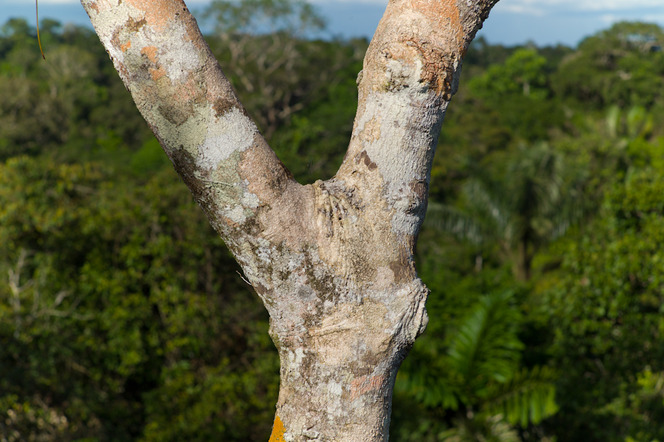 This afternoon we set out to see the lookout tower - a 30m high steel jobbie with platforms every 10m and a ladder to climb up. We hoped it wouldn't be too bootleg or rickety. When we arrived, it was more impressive than we'd imagined but that didn't do much to quell my height fright.

Matt's mental image of the tower had apparently involved an open "cage" constructed like dinosaur ribs around the ladder, with a rib every 4 feet. Which is exactly what this tower looked like. My mental picture was really more of a bouncy castle-looking thing, with one of those huge air-filled streamers to break my fall. The real thing did not instill much confidence. While those cages may be built to prevent you from falling out horizontally, their only practical purpose for me was stirring up visions of braining yourself or breaking limbs. So naturally I made it about 15 feet up the steel rungs before my arms and legs went all jelly-like and I climbed down. Matt, on the other hand, gallantly climbed the whole way to document it for your and my enjoyment.  View Gallery » 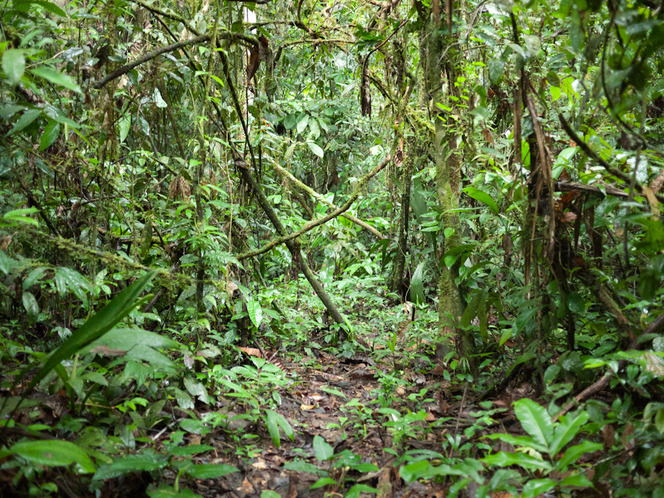 At first it's an utterly overwhelming, continuous wall of green. But as your eyes grow accustomed to this pattern of vines and leaves you begin to uncover the world just under the veil... mostly comprised of bugs and fungi and other awesome stuff. Here's a bit of what we've been seeing on our walks through the Yasuní trails.  View Gallery » 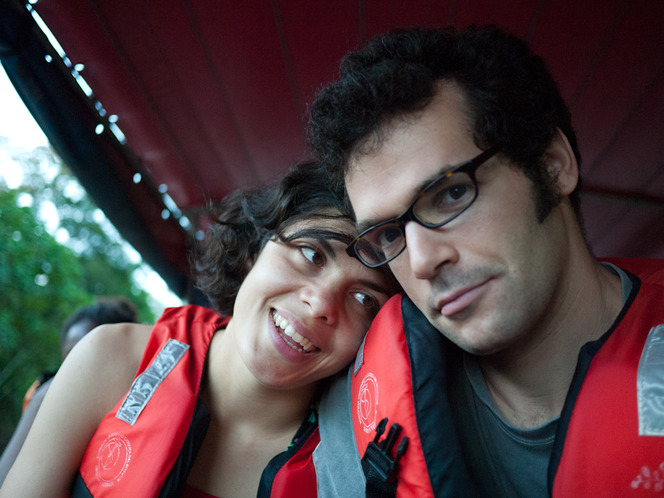 We've been keeping ourselves busy getting sweaty and stung and stumbling around in the woods with our newfound friends of biology. Unfortunately, we are equipped with neither a close nor far lens. So what you'll see is largely the perspective we've been viewing everything from - a healthy arms length. Hope you enjoy a glimpse into our life in the jungle! View Gallery » 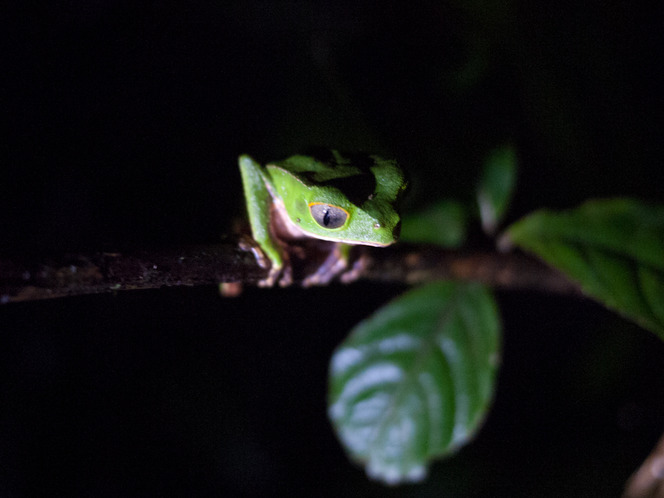 Our first few days here we walked along the visitors trails in the forest, orienting ourselves to the slippery mud, walls of green and the occasional frog or spider. We attempted to adjust to 80%+ humidity but mostly exhausted ourselves in very little time walking around in circles on flat ground.

Today and yesterday we ventured out a few times into the plot with a couple students, to give some company, lend a few extra sets of eyes and basically just learn as much as we can about this whole business of "field research" for biologists. The plot is a 50 hectare (500,000 sq meters) sectioned off square that's plotted into a huge grid. Every tree that's about 10mm and larger in diameter has been marked with a unique 5 digit number. So basically any students researching plants can get a ... View Post »