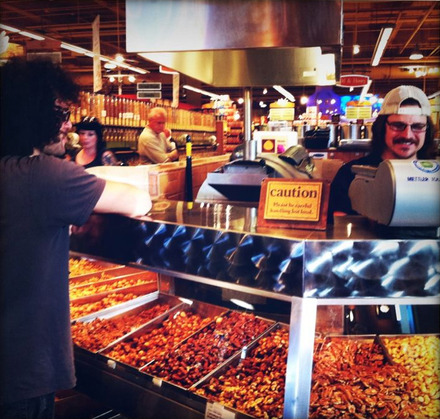 Of course while traveling the country and visiting every Whole Foods in our path we would eventually stumble upon the headquarters, in Austin, and chat with the only nut guy still in the trade. I hate to appreciate their presence in every town we roll into. But they are all unique and fittingly represent the culture/demo where they reside. Naturally, this is the biggest one.

Food Shark and their nifty tables. 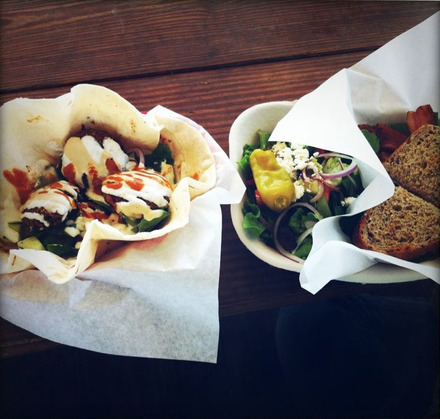 Bacon, goat cheese and tomato sandwich and some falafel at the Food Shark in Marfa. This was, notably, the best street food we've had on the trip and the only street food we saw in Marfa. Less is more, as those minimalists say.

Walking into a Trader Joes for milk, yogurt and bread is an overwhelming experience after living without options for quite some time. There really is no such thing as milk and bread, is there? 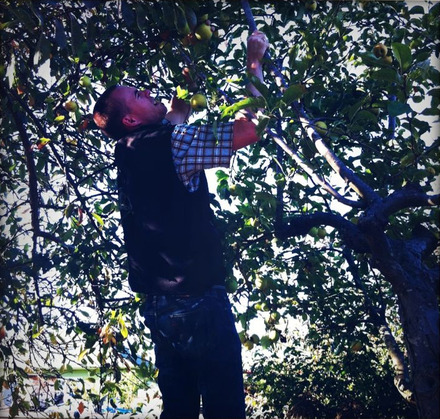 Our good friend Matteo plucked us some delicious and sweet apples from his backyard after we met at Vik's for some chai and burfi and gave him an earful about the wonders of sourdough bread.

Matteo is now the first recipient of the sourdough starter we have been using which he dubbed the Soggy Manifesto. Every self-respecting starter needs a name, and now we've found one. If anyone else would like to participate in the Soggy Manifesto, give us a holler. If you happen to be on the path of our road trip, we can even deliver it to your door. 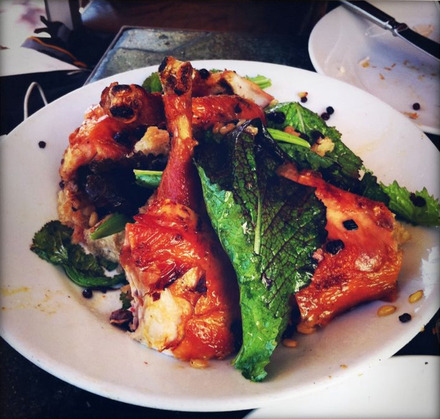 After being veg for so long, Zuni Cafe's roast chicken was the perfect re-entry to the world of being an omnivore. We've eaten veg on and off, many times for stretches longer than this. Sometimes it's the best thing for us and sometimes we crave burgers and roast chicken. Well, this was one of those times. This particular chicken has the most awesome crispy skin and tender, succulent meat, all due to an early salting - as in days in advance - which Judy Rogers is famous for. We followed it up with some stellar burgers at Burgermeister's and pumpkin and coffee ice cream at Tucker's (thanks Jim!). 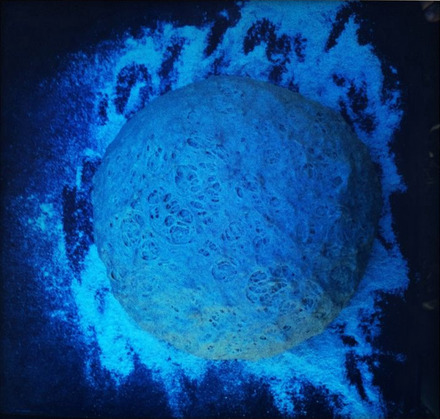 Afternoon, you beauty. We nurtured you through the storm and now we will bake you and eat you. (P.S. Sorry the blue tarp light isn't flattering on your fair skin. It won't affect how well you toast up and taste with a pat of butter, so we're not complaining.) 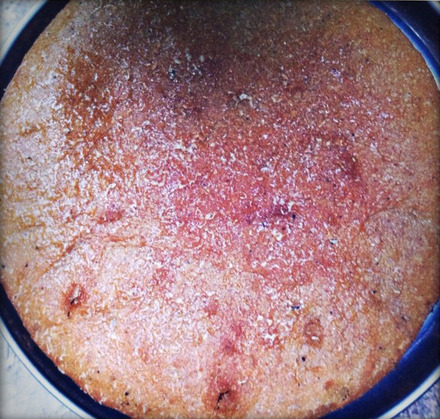 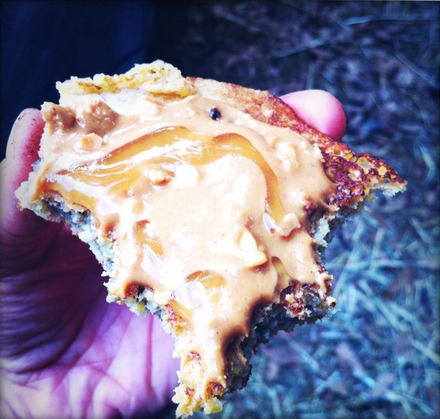 Cornbread pancake with peanut butter and honey. Sounds so indulgent but really it's just good.