Filling a hole is much easier than digging one. 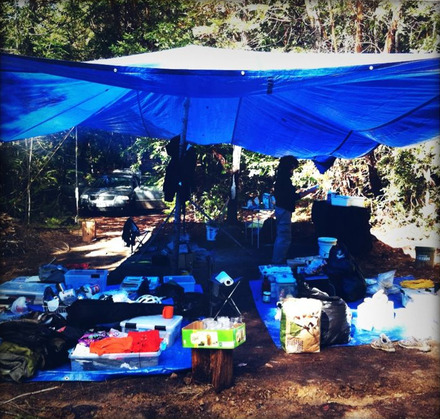 Yup yup. Packing up and coming soon to a town near you…

Suffice to say, the rainy season has started - hard. We're going to take this show on the road, heading back east where we will move our camp to the drier, deciduous forests of Northern Connecticut. We'll continue to post about our travels as we go.

Right now we're thinking LA > Joshua Tree > Grand Canyon > Marfa > Austin > New Orleans > Atlanta > Asheville > DC. We're going to leave on Tuesday (as in 2 days from now) and take just under two weeks to get there. Anyone with opinions, a bed, couch, or favorite places let us know.

"I rolled my eyes so hard I dropped my beer" 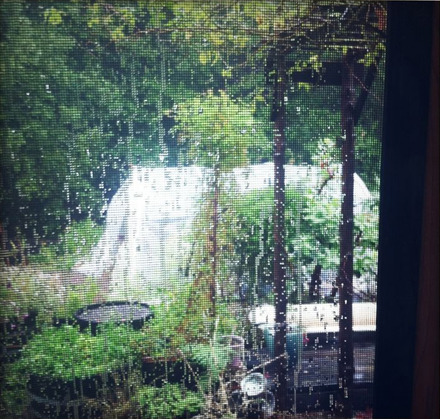 The feeling of sticking your face out a window into the cool, crispness of a rain storm from the warmth of a steamed up bathroom is a sign of an awesome hot shower, the first in over 3 weeks.

Our toilet overflowed. Heh. Guess we should have built it a structure. We've come to realize that modern man and primitive man are always at odds in our camp. Unless we're going to roam the forest living off of bark and squirrel, shitting and pissing where we like and sleeping in the crook of trees, we find ourselves in need of structures and clothes and such modern things. The second we build a "toilet" for the comfort of our butt (and modern notions of sanitation) it suddenly needs a roof so it doesn't flood in the rain and proper drainage and the like. The moment we decide to put a roof over our heads we have decided to defend it from nature (by keeping up on maintenance).

So today we put on some plastic bags and stomped around in the woods. The ground is springy and swollen and ... View Post » 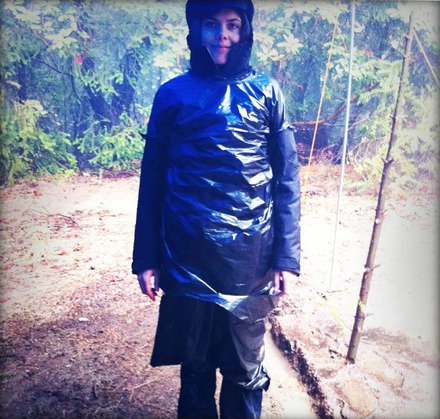 Garbage bag: one size fits all

We woke up today to find the water isn't all that fond of our little tributaries. Sunday's outlook: the fight for sodden earth.