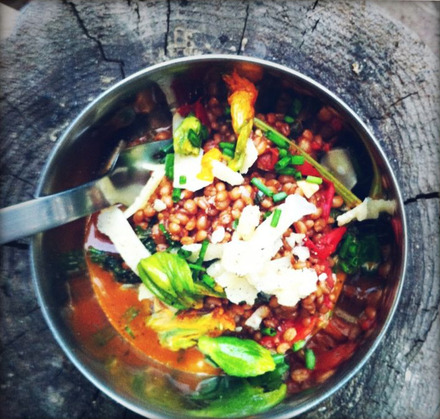 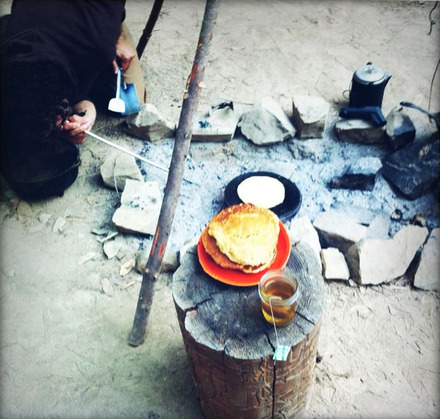 Matt making corn griddle cakes. We added sourdough to Mom's skillet cornbread and then turned 'em into griddle cakes. They're a bit fluffier and more tangy and delicious in their own cakiness. 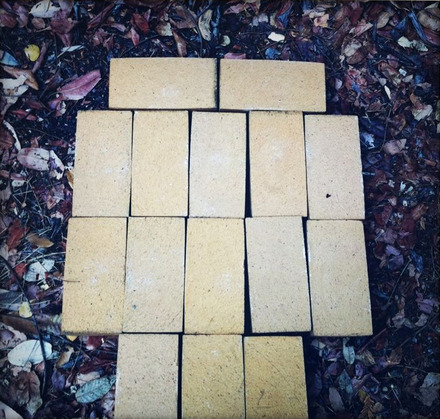 Firebricks for our soon to be horno. Gonna make some pizzas up in this place. 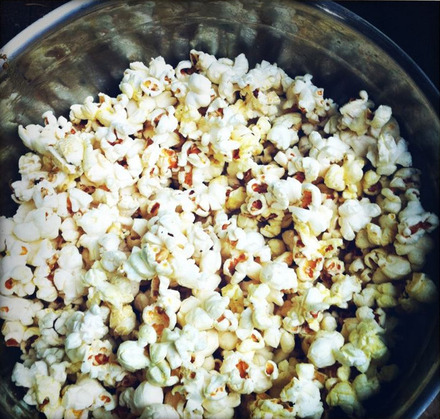 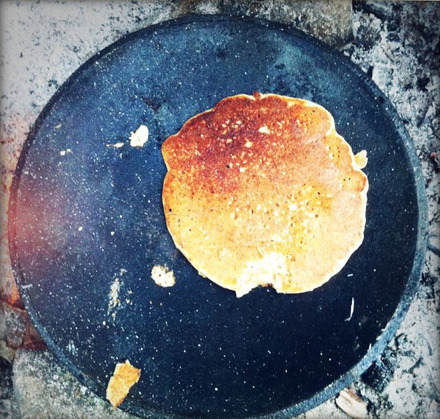 Sourdough pancakes for breakfast. They're incredibly fluffy and tangy and perfect with butter, maple syrup, blackberry jam or applesauce. We tried them all! I generally hate pancakes, but these were a bit more spongy and made with whole grain. All things good. See the recipe on ASM.

Things we want to try in our rock cakes:

What else would you add to a rock cake? 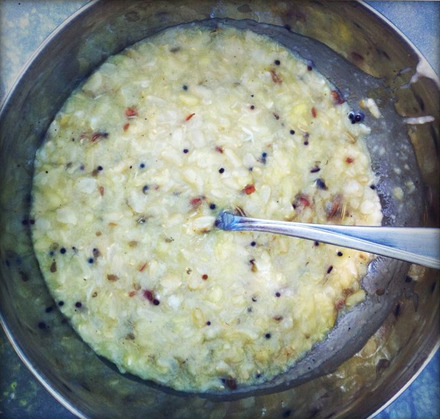 A very simple Kichidi with a vagar of cumin, fenugreek, mustard seeds, a bit of turmeric and a dollop of ghee. 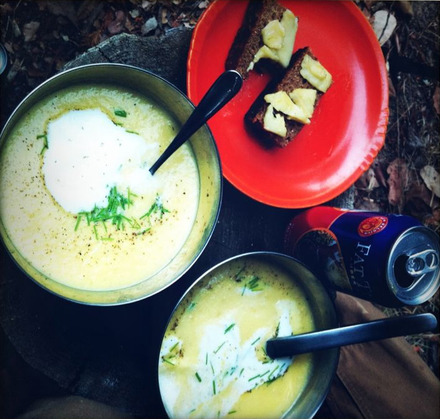 Yellow tomato soup w/ grilled sourdough cheese toasts. Oh yea. We took some cream and shook it in a ball jar to have butter, whipped cream and buttermilk to add to the soup at varying times. Check out the recipe. 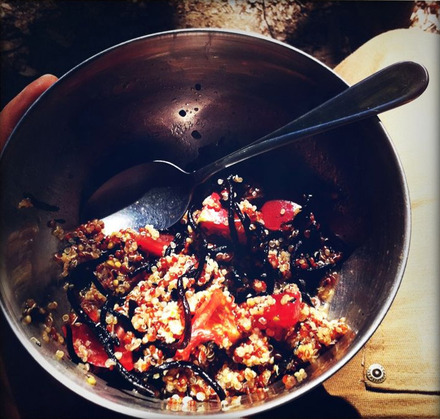 Now it's time to make our second attempt at baking a whole wheat sourdough. It looks like it has actually risen this time. Stay tuned…

1 cup red, white or both quinoa

A tablespoon of soy sauce

A handful of dried hijiki seaweed, soaked in cool water for 10 minutes

Salt/soy sauce to taste
Freshly ground black pepper
1 teaspoon extra virgin olive oil
Rinse the quinoa thoroughly. Add the quinoa plus 2 cups water in a sauce pan along with the mirin and soy sauce. Simmer for 20 minutes, until the quinoa is cooked. After 10-15 minutes, add the seaweed. Toss the tomatoes w/ the ... View Post » 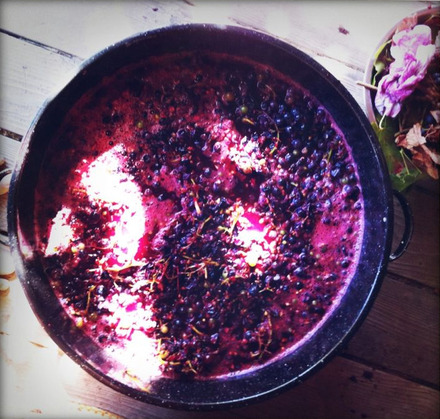 My, were you ridiculously hard to smoosh.