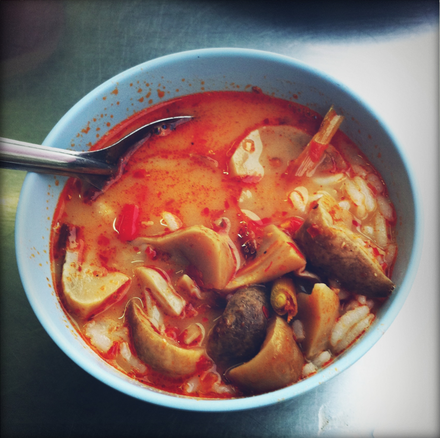 Our first Thai dish. It smacked of Thai takeout for the first split second but gave way to a burst of fresh flavors - salted dried fish, red chili, lemongrass, and a Ginger that tasted like spicy flowers. I've only had Thai a handful of times, usually from plastic takeout containers, and nothing whatsoever worth remembering. Why does the US have to make everything so bland and uniform?

Like most other cuisines we've had in our travels, we can't wait to get passed those one or two familiar flavors and delve into the source. We can't even say "Thank you" yet in Thai but we've managed to find a good meal. It's a promising start. Stay tuned…

Please choose from the following. Would you rather:

StoryLions and tigers and bears...

Some of the students here roam the jungle by day (specifically those on plant duty) and some roam at night (most critters are more active at night). Over the breakfast table today we learned of the night's events for those studying a species of frog. There are actually three groups here studying the same species of frog. While they have different aims, this particular frog is easy to catch and therefore popular for study. It seems if they could just get the damn things to survive in a lab - they've tried, but they generally don't even make it alive to Quito - no one would need to even venture out into the rainforest to study them.

We're going to start tagging along in the evening with one of the groups, but Matt is waiting until I've… errr… acclimatized myself to the idea of woolly ... View Story »

Welcome to the jungle

After we waited for our cabbie to show this morning, he took us 1 1/2 hours from Coca, east across a well-kept paved private oil road to Pompeya, a small village on the north side of Rio Napo. We waited an hour for our canoe to show and when it didn't we hitched a ride with one of the motor boats schlepping people across the river. After making our way through the RepSol checkpoint, and putting our luggage and persons through the X-rays, one of the administrators, Carlos, picked us up in his truck. We took the oil road, rocks and dirt this time, another 1 1/2 hours to Yasuní.

We passed a few small villages and school children on our way, including a group of Huaorani in helmets and vests working for the Company (this company being RepSol). We questioned Carlos about the station, ... View Post » 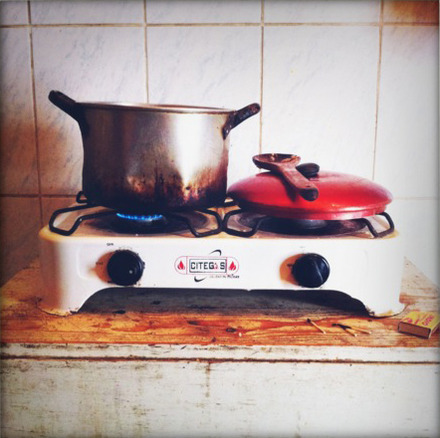 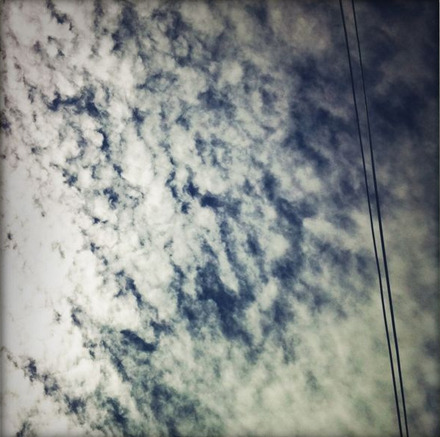 The clouds here have a lot to say. It's really breathtaking (especially when you've just climbed a hill to see this)!

Sounds of Peru, Vol. 1 - Lima, like many cities, is a cacophony of sounds. After living in NYC for over eight years we thought we would be permanently immune to the din of ambulances, trucks and buses, construction and the like. It turns out we are not. Perhaps it is because we spent the last four months in the serenity and quietude of Connecticut, but we can't seem block out this particular phenomenon of the urban landscape, which appears in every street, around every corner, every day, at all times of day, everywhere we go. It is unbelievable. It has even happened twice while writing this post. We are past the phase of being annoyed and have entered the phase of being amazed at both how absolutely useless it is, and how this exact recording could be so consistent ... View Post »

It feels like in the woods you might go to pee and come back a few hours later - having dug a hole along the way, felled a couple of trees, skinned a squirrel, collected some duff and studied an army of ants in between. It's an adventure for sure!

It also means until I get the hang of it all planning bets are off. Time it took to wash my face this morning: 15 minutes. There was boiling the water, mixing it with cooler water, finding the washcloth, retrieving the face wash from the bathing area some 100 yards away, collecting water to wash my hands and then putting that water in the sump and finally washing my face. But the fresh feeling and smell of earth all around me as I pulled my freshly dunked face out of the water was definitely priceless.