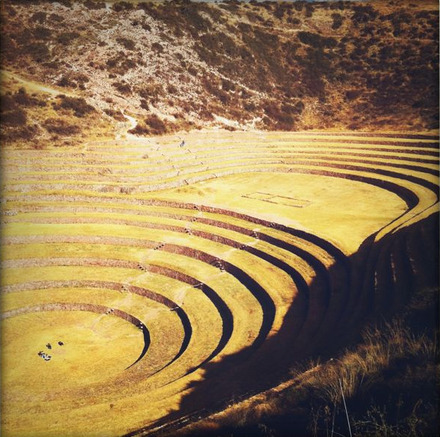 We just finished an incredible tour of the Valle Sagrado and returned to Cusco this evening. We'll be picking up our computers in the next few days so we can actually show you some photos. But here's a lil somethin somethin to keep you going.

We've been hiking every day for almost two weeks straight (some cars were had in between for the feo parts).

Here's the enigmatic Moray, "greenhouse of the Incas." It's quite impressive and actually quite simply understood once you get up close. More on this soon…

We'll be heading to Ecuador in a couple of weeks to stay in the Yasuni Research Center. Amazon jungle, here we come! 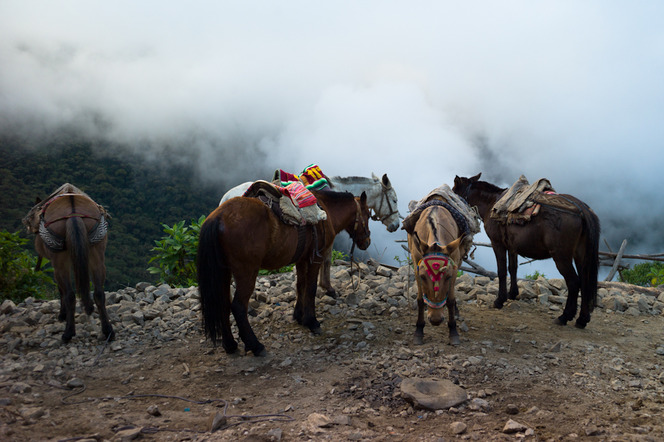 For three weeks we traveled in the footsteps of the Incas. For the first eight days we walked from the Incan "sister site" Choquequirao on to Machu Picchu itself, following the Vilcabamba range up its high passes and down into the shadows of its valleys. We saw few creatures, save our arriero and his two beasts of burden. We climbed, slowly, to our highest altitude to date - 14,800ft, our arriero skipping gaily ahead of us. Frequently Anjuli was terrified of falling off the world (or our 1ft wide path). Yet we walked - well, sometimes Anjuli crawled and cried - marveling at those courageous, innovative Incans and the f*ckers who massacred them. View Gallery »

Things you think of when you're tired and suba-ing the peso:

Am I moving? I can't feel my legs.

A: What if we could produce food like trees?
M: You can drink your own piss.
A: I would make hamburgers.
M: You would be a hamburger tree? I would pluck you.

I wonder if when a mosquito sucks you it gives you blood from its last meal.

Getting bitten and getting malaria is kind of like being raped in your sleep.

Remember the sign times (on our way down)? Those weren't really a time. They were more of a place I took a piss.

I wish I had counted the switchbacks on the way down. Then at least I'd have a false glimmer of hope.

If an Incan were to see us walking right now with these walking sticks he'd think we were a deer ... View Post » 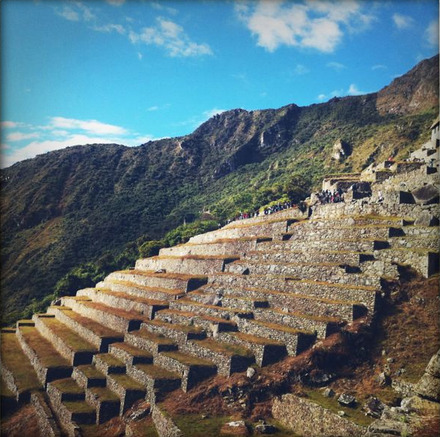 Picchu. We'll be back in touch tomorrow when we get to Cusco. Miss you. 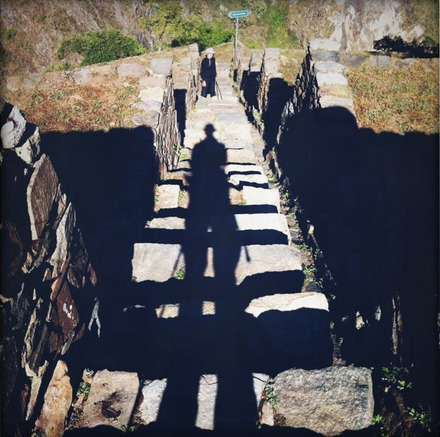 After 7 days and nearly 50 miles of backcountry hiking, we've made it all the way from Cachora to the tourist saturated embrace of Aguas Calientes. Tomorrow we make for Macchu Picchu to have our minds blown. Will be back in Cusco Friday afternoon.

Enjoy these steep terraces at Choquequirao, one of our favorite experiences of the hike. Stay tuned…

Tomorrow we start an 8 day exhibition. We have enough food on us to fill a potato sack for us two and our horseman. We'll see you all in a little over a week! 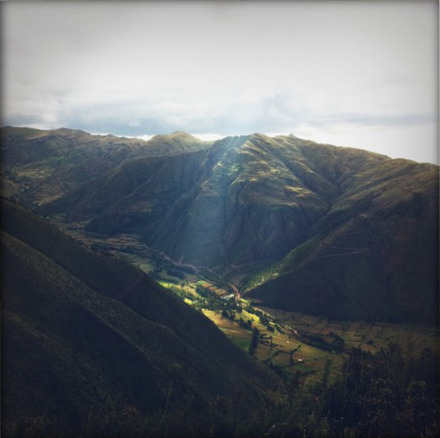 We tried not to promote erosion too much when we traipsed up a gully in our backyard last week, up a cerro and across part of the ridge line behind Q'ewar. Only a slightly embarrassing 2000 ft accent in 2 hours. But hey, we're just adjusting to this whole high altitude stuff. View Gallery » 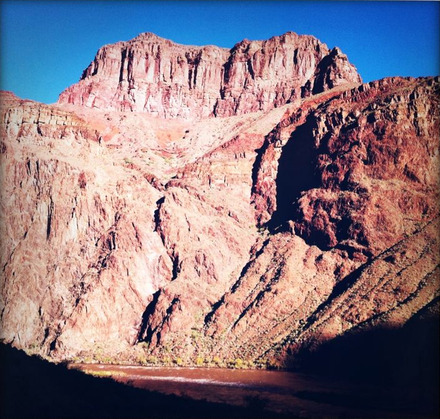 Yes, we can now say we hiked the Grand Canyon - down a vertical mile to the Colorado river and back up to the South Rim via the Bright Angel trail. All 17 miles of it.

The Grand Canyon was formed from the rising shift in the Colorado Plateau millions of years ago. Today the South Rim stands at around 6500 feet, while the North Rim tops out 1000 feet higher. Water flows into the canyon from the North Rim (due to its higher elevation). All that water has made for a softer, rippled northern facade, while the south side has remained a mostly sheer face. Due to all the erosion, the view of the Grand Canyon from the south side feels more like looking at a brightly colored mountain range than a steep ravine. Not having looked at many photos of the view (there have to be some things you see ... View Post » 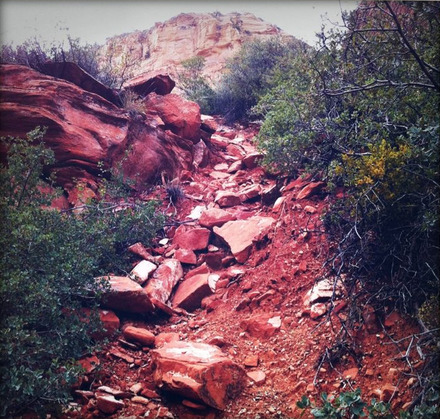 The trail continues on to the top of the canyon, but years of erosion have caused them to close down this part of the path. We walked up this bit to have a seat.